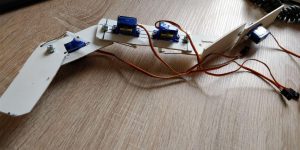 One thought on “Building a hexapod robot – the beginning”

This site uses Akismet to reduce spam. Learn how your comment data is processed.

No one in the brief history of computing has ever written a piece of perfect software. It’s unlikely that you’ll be the first.